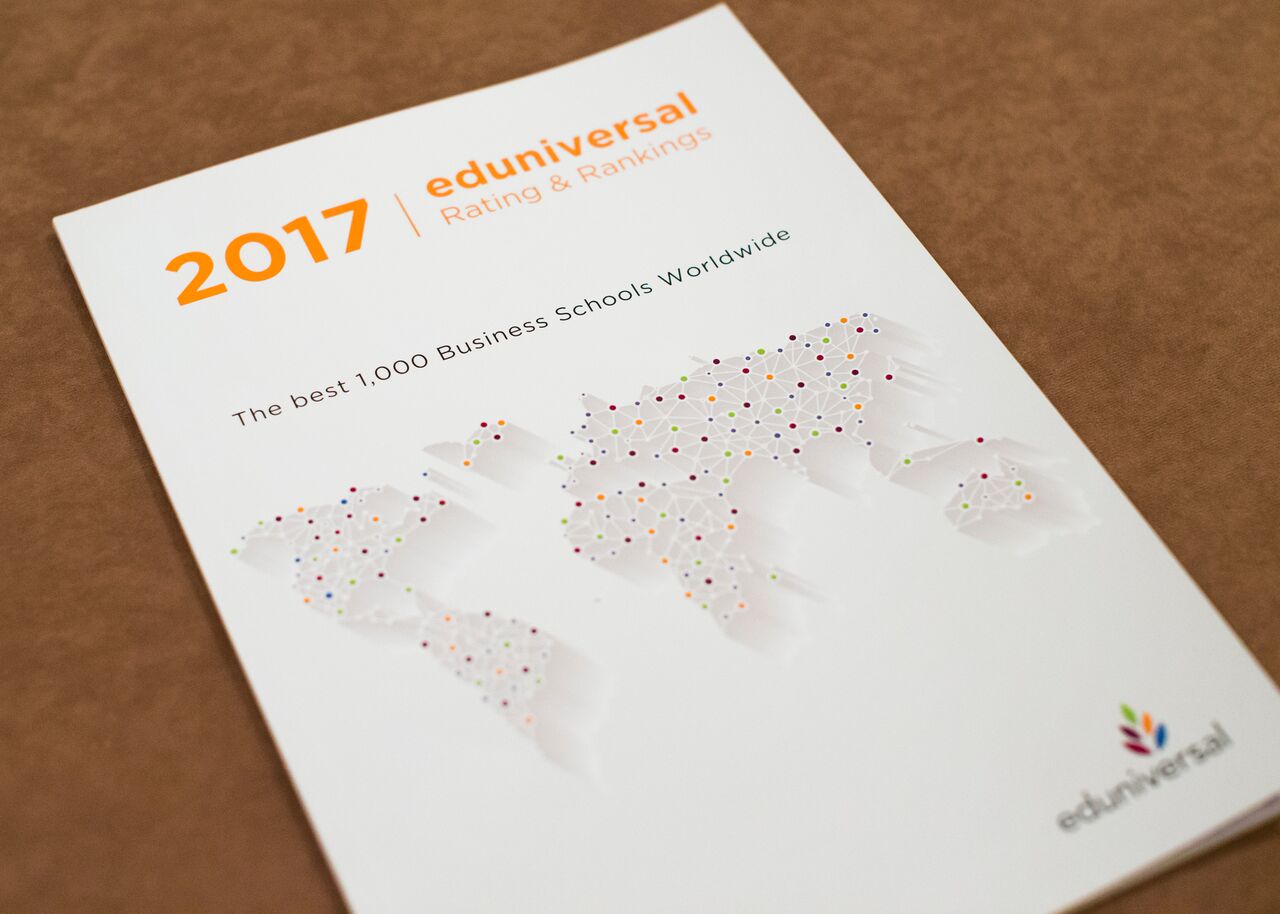 In our previous article, we announced the list of new schools that have been listed in the Eduniversal Official Selection of the 1000 Best Business Schools across 154 countries. Moving forward, let’s have a look at the institutions that have been awarded an additional Palm of Excellence this year!

A number of Palmes of Excellence are awarded annually, to the best global business schools selected by members of the Eduniversal International Scientific Committee. The level of Palmes awarded to an institutions is determined by a set of internationalization criteria (accreditations, local & international rankings, partnerships, associations, etc.) There are five Palme levels, with the first awarding schools that demonstrate a considerable level of local influence and the fifth representing institutions with a wide level of international appeal.

At the 2017 Eduniversal World Convention, the Gala Dinner and Awards Ceremony announced the ranking of the top 1000 Business Schools worldwide.
The dinner hosted the best schools from each region and awarded a number of prizes; 17 institutions also received an additional Palme this year and were honored in front of their peers.

Dr. Jorge Juan Zavala, professor at CENTRUM - Graduate Business School, who attended the 10th anniversary of the Eduniversal World Convention, described the award as a ‘really nice accomplishment’’, as we recognised the institutions efforts in their innovations in their teaching methods and continued developments with partnerships with institutions around the world.

The Xavier Institute of Management Bhubaneswar - XIMB (India) was also acknowledged for their outstanding achievements for the past academic year and awarded with 4 Palmes of Excellence. “Thank you for this award, it means a lot to our institution in terms of quality, innovation and cooperation” shared Dr. Paul Fernandes, Vice-Chancellor of XIMB.

Dr. Loïck Roche, Dean and General Director of Grenoble Ecole de Management - GEM (France) and speaker at the EWC17, touched on how being listed in the 5 Palmes of Excellence league shows that GEM can compete at the national and international level amongst the best business schools around the world. “This is a recognition and an encouragement for us to continue to work harder”, Dr. Loïck Roche highlights.

And finally, two representatives from the Mongolian University of Science and Technology - MUST Graduate School of Business, Professor Enkhbat Avrimed and Batkhurel Gombodorj were present to accept their award of ‘2 Palmes of Excellence’. Both professors described this recognition as useful, in the sense that it can open doors for new projects for their institution (development in research & increase their global presence in higher education).


The process of obtaining an additional palme can be lengthy, as the Scientific Committee ensures that each of the rankings are developed using in depth evaluations to promote positive developments. This can be done at the initiative of the members of the committee and also by the institution themselves: where they feel they have made significant developments.